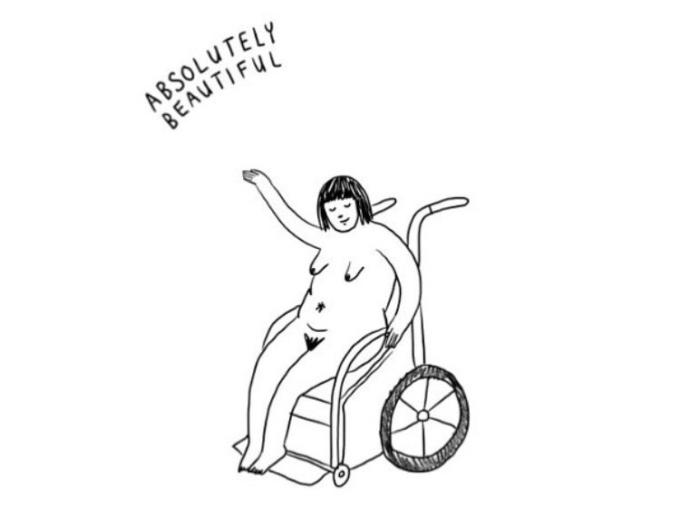 I haven’t routinely written or spoken about body positivity previously, mainly because I didn’t want to take part in the co-opting of what is fundamentally a radical movement. But the ideas that are discussed in this post have been bouncing around in my head for a while. And while I know that they may seem controversial or spark debate, I hope they spark constructive discussion rather than just critical. And I hope that this post can help push back against the dilution of this wonderful, brave and radical activist movement.

I was prompted to write this blog post when I was talking to my friend, Jade. She had posted an Instagram story on how she felt that body positivity was becoming as unattainable as the unrealistic beauty standards and body shape that are pushed by the diet and beauty industries. I responded by saying that I often discuss the idea of body neutrality with clients as for many people, particularly those who are trying to make peace with food and their bodies, neutrality seems like a more realistic place to aim for. I shared this article with Jade on body neutrality, we then had a little chat about what we currently knew about body positivity and its history (not a huge amount at that point, I have to say) and then Jade said this;

That’s when the idea for this post solidified in my head. The original purpose and message behind the body positivity movement was not to encourage young, slim, able-bodied women to embrace their cellulite and stretch marks (although if it has helped you do this – then great! I’d never want to take new-found body acceptance away from someone?). Body positivity creates space for the acceptance of marginalised bodies, it fights for a paradigm shift where fat (and other marginalised) bodies are celebrated and it aims to broaden the definition of physical beauty.

(I would like to say here, whilst acknowledging the privilege that Jade and I have living as a straight-sized, able-bodied, white, cis-gender woman in our current culture, that the intention of this article is not to further muddy the water, discredit the remarkable work of the BoPo + fat activism community, or create more noise. The intention is to increase awareness of body positivity, where it came from + open up a more realistic and inclusive discussion regarding body image. Definitions of various terms used in this article can be found at the end of this post as I understand that some of these may be unfamiliar – P.S. I’m still learning too, so if I get something wrong, please let me know!!)

My understanding is that concepts such as body positivity, fat acceptance and liberation can have a fair amount of contention surrounding them, with many activist and feminist groups discussing the true origins and meanings of these terms and movements.

However, it’s fairly widely acknowledged that body positivity is a more mainstream off-shoot of the fat liberation movement. Fat liberation and acceptance is a political movement which focusses on equal rights and fair representation and treatment of people living in fat bodies – a very radical thing in our society (unfortunately!). To start learning more about fat liberation, check out this article by Virgie Tovar.

The main aim of body positivity has been to showcase and create space for people living in bodies which aren’t celebrated or considered beautiful by our culture. This means that body positivity has morphed to include not only fat bodies, but also disabled, trans and non-binary people – and this is no bad thing! It’s a form of rebellion and liberation from the very narrow patriarchal beauty standards that the mass media, diet and beauty industries present.

I guess another driving force behind body positivity is to remove so much emphasis from the appearance of bodies and to focus on other aspects of ourselves such as our characteristics, hobbies etc. This is the main message behind The Body Positive, a community which aims to help people find freedom from struggles with their body image to create a more peaceful relationship with oneself.

Think about how much brain space is taken up when thinking or worrying about sticking to your diet, not eating certain foods, doing the ‘right’ kind of exercise to achieve whatever part of the body Women’s Health is yabbering on about this month, scheduling in your wax appointments, washing, blow-drying and straightening your hair every morning, putting your make-up on each morning, taking it off each night, having our nails done (or at least painting them ourselves), whether we should save up to get that ‘minor’ cosmetic surgery, what we’re going to wear to that party on Friday night, getting your eyebrows done etc. Etc. All of the crazy number of things that we’re “expected to do” to look like a “normal” woman.  And let’s not even go down that rabbit hole of ‘influencers’ and celebrities pushing appetite-suppressant lollipops on Instagram with the empty promises of looking like them.

And this is before you tally up how much we spend on all of that! Now, this isn’t the part where I shame you for partaking in any of these activities – between us (Jade and I), we have or do regularly partake in a large proportion of these things. But what a great way to distract us from greater, more important social justice, environmental, and political issues – and this couldn’t be any more poignant than right now in our current climate!

It’s this social justice element which I think is suffering the most from the dilution of body positivity. By body positivity being co-opted by mass media, large fashion brands and (I think worst of all) the dieting industry, we are not only being fed another impossible narrative to perfect (loving our bodies), but it is not helping in the deconstruction of patriarchal, racist, ableist beauty standards – it’s hindering it. And it’s being presented to us as something else to add to that never-ending list of things we’re expected to do.

Type #bodypositivity into Instagram and you are likely to be inundated with photos of young, often white, able-bodied, slim women pointing out that if they sit just so they have a tummy roll… but don’t worry, they love themselves anyway. I take umbrage with this narrative for two reasons. It is presenting body positivity as the next commodity that we should all have – like, if you’re not constantly absolutely adoring your body, then you’re failing. It’s basically Perfectionism 2.0. And total self-adoration isn’t necessarily what all body positive activists are fighting for. It’s hard to do, especially when we’re expected to go from hating our bodies to loving our bodies overnight. I’m not saying it’s impossible to love your body, FYI. But body neutrality can sometimes seem like a much gentler and more accessible approach to liberating ourselves from body hatred. It’s like a halfway point, calling a truce on the negative self-talk, dieting and punishing exercise regimes without having to gush about how you love your body. (I hope to write more about this topic soon on the blog. I have also included links to some great articles on Body Neutrality below!)

But secondly, and what winds me up the most, is that body positivity was not created for young, fairly wealthy, white, cis, able-bodied, straight-sized women because our bodies already fit fairly well into the socially and culturally accepted beauty ideal. These women (and we include ourselves in this group) do not have to move through a world that wasn’t made for us. We do not have to deal with the injustices that very often come with living in a fat-phobic, ableist (etc.) society. We don’t have to experience:

(We’d like to caveat this with the fact that we are probably going to miss plenty of microaggressions and examples of outright abuse as this isn’t our lived experience – these are experiences that we have picked up from speaking with clients {Jess}, friends and extensive reading {both of us}.)

That’s not to say that straight-sized, able-bodied people don’t have to deal with poor body image, or feeling like they don’t compare to whatever standard they’re comparing themselves to (I’m not trying to devalue anybody’s experience).  I also say this as someone who has worked through pretty bad body image issues that developed during my teens {Jess}. But I think we need to recognise our privilege before we jump on the body positive bandwagon.

However, we’re not saying that people in non-marginalised bodies can’t support, participate in and learn from the body positive movement. We just need to be careful not to co-opt this radical movement. Not only has it helped me to learn about a whole other area of social justice that I never even realised existed, but it helped me dismantle my own internalised fat-phobia and helped me go a long way to accepting my own body. Viewing a greater diversity of body types, particularly in our social media feeds can really help in healing body image. It’s not that slim, white, able bodies are bad – it’s just that it doesn’t represent the beautifully diverse (and let’s face it, more realistic) bodies that we all have. And I just don’t think the world needs another young, fairly wealthy, white, cis, able-bodied, straight-sized woman posing in a bikini proclaiming how much she loves her body and calling that body positivity.

Body positivity is a hugely nuanced concept to try and whittle down into a few of paragraphs and we have very likely missed out a lot, so if these ideas are new to you, or maybe it’s something you’d like to learn more about (I’m constantly trying to learn more about BoPo + fat liberation), check out the work of some fantastic authors and activists such as Megan Crabbe, Virgie Tovar, Substantia Jones, Meredith Noble, Jes Baker, Charlotte Cooper, Michelle Elman, Steph Yeboah. We have included a non-exhaustive list of resources, accounts and articles that you might want to check out which cover the concepts of body positivity, fat liberation and body neutrality much better than we do!

A Short History of Body Positivity

Able-bodied: An individual who has no illness, injury or condition which makes it difficult to carry out usual activities.

Cis: Short for cis-gender, this refers to an individual whose personal identity and gender is in line with their birth sex. E.g. I identify as a woman + was born female.

Fat acceptance: Substantia Jones explained this as “acceptance of our own bodies… + acceptance of the bodies of others. Without judgment or obstruction of one’s body rights” in an article on body positivity.

Non-binary: “People whose gender is not male or female use many different terms to describe themselves, with non-binary being one of the most common. Other terms include genderqueer, agender, bigender, and more. None of these terms mean exactly the same thing – but all speak to an experience of gender that is not simply male or female.” – transequality.org

Straight-size: I can’t seem to find a specific definition of ‘straight-size’, but it usually refers to a body shape/size in which an individual is able to walk into most high-street stores and find clothes in their size. This article by Meredith Noble describes the lived experience of clothes shopping in a larger body.

Trans: Short for trans-gender, referring to an individual whose personal identity and gender does not line up with their birth sex. 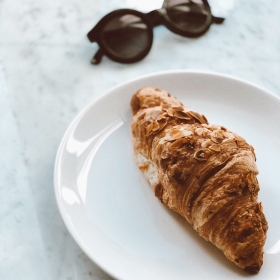 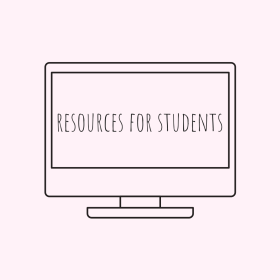 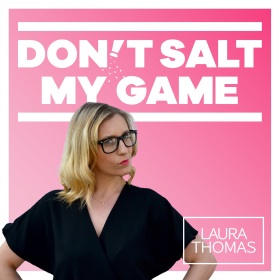 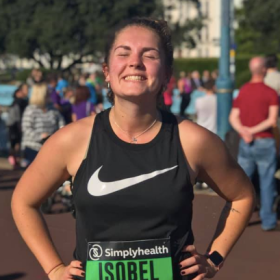 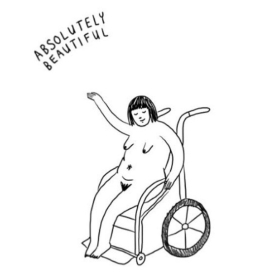 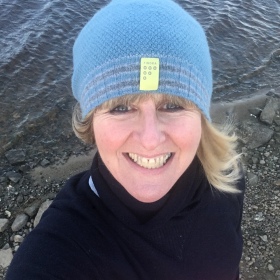